What a way to start the first weekend of April, 2018 by immersing yourself in the Southern California Car Culture. Four days of nothing but great cars, great friends, lots of cruising, and perfect San Diego weather.

The Weekend started early for George Cowman in his ’37 Buick special Coupe, and Ed VanLaningham and Lana Thompson in their ’65 Ford Falcon Convertible. We met up with another 50 car nuts in the Over The Hill Gang San Diego’s Annual Poker Run. I think there were 25-30 vehicles in the run.

After drawing our 1st card, we left the SD County Fair Grounds parking lot at 11:00 AM, and cruised through Del Mar, Torrey Pines State Beach, and north La Jolla before getting on I-5 for the sprint to Loma Portal and the first stop at the Malt Shop. We hung out there long enough to have an early lunch, draw the 2nd card, and take a group picture for the Goodguys Gazette. After lunch we drove down Rosecrans to Shelter Island and drew the 3rd card. Then on across the bay bridge to Glorietta Bay Park and the 4th card. Then we cruised around Coronado before making it back across the bridge and on to I-5 north returning to Del Mar and the fairgrounds to draw the 5th card. As it was mid-day the traffic was light and the 100 mile drive very enjoyable. Unfortunately, Neither George, Ed, or Lana had winning hands, but we all won a fun day anyway.

On Friday, 4/6, we had a 3 cars caravan to the show: John McDowell in his ’38 Ford, Rick Carlson (new member) in his ’74 Ford (Starsky & Hutch) Torino, and my ’37 Buick. Once parked and making the rounds we found 5 other members in attendance: Paul & Sigrid Bundy and their ’32 Ford Roadster and Alex and JeanAnn Abosamra in their ’32 Ford Roadster hanging out with the Hot Rods & Custom Stuff crowd; Jeff Sachs and his ’69 Camaro SS, Frank Jacques and his ’63 Split Window Corvette, Joe Musick and his ’69 Opel GT, all in the Inside Show. John, Rick, Paul, Alex, and George hung out most of the day, making their break around 3:00 PM giving them time to make it to Cruisin Grand that evening.

On Saturday, 4/7, we had pretty much the same group with the addition of Vic Scalco and his son in their fresh ’56 Ford F100, and Jerry Keller in his Polaris. George hung out until around 10:15AM, then left for the Poway Cruisers Cruise In at the In-N-Out Burger for a couple of hours, returning to Del Mar after the Cruise In was over.

Sunday, 4/8, was also a great day. We had mostly the same group, minus Vic’s ’56, but with the addition of Dick Blank and his ’55 Ford Crown Victoria. It was a beautiful day, capped off with an afternoon rock concert from noon to 2:20, then the Goodguys Award ceremony at 2:22 PM ending a perfect car couture weekend 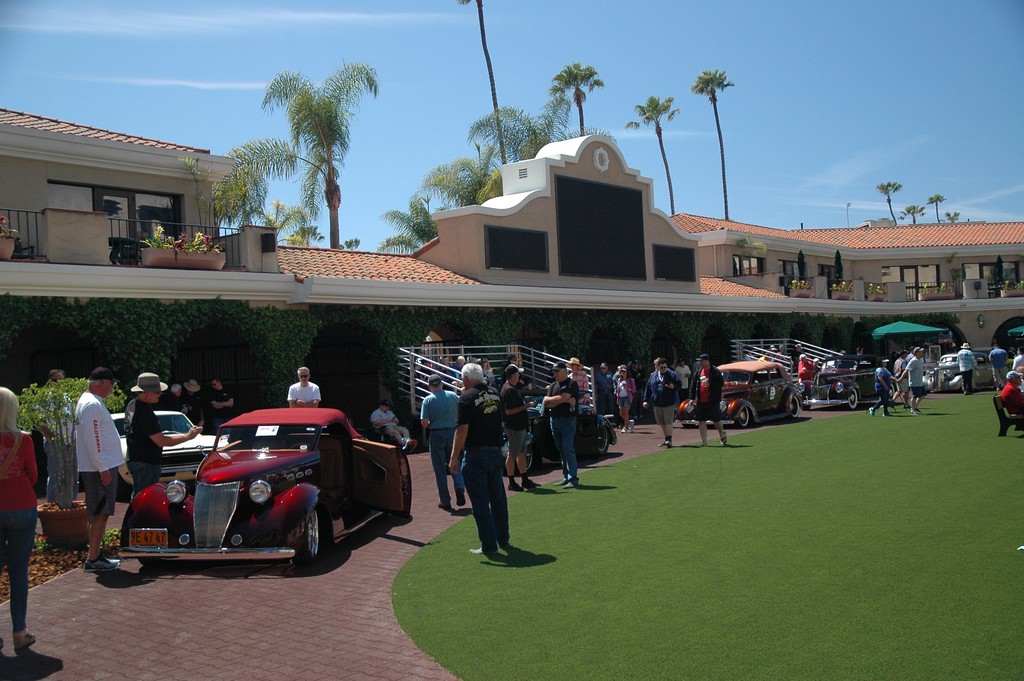 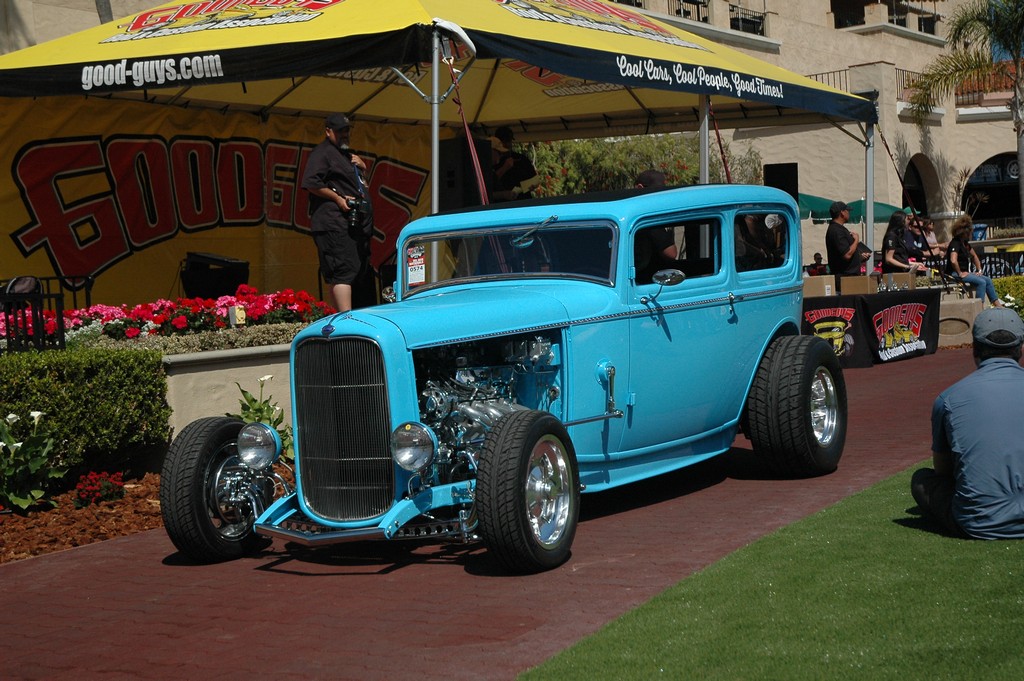 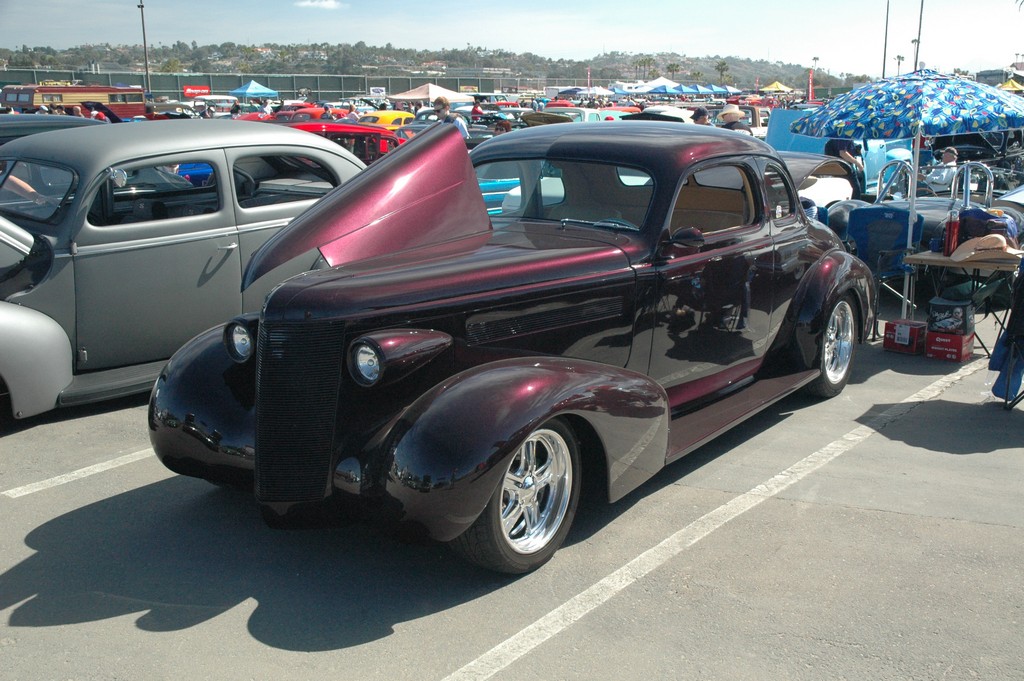 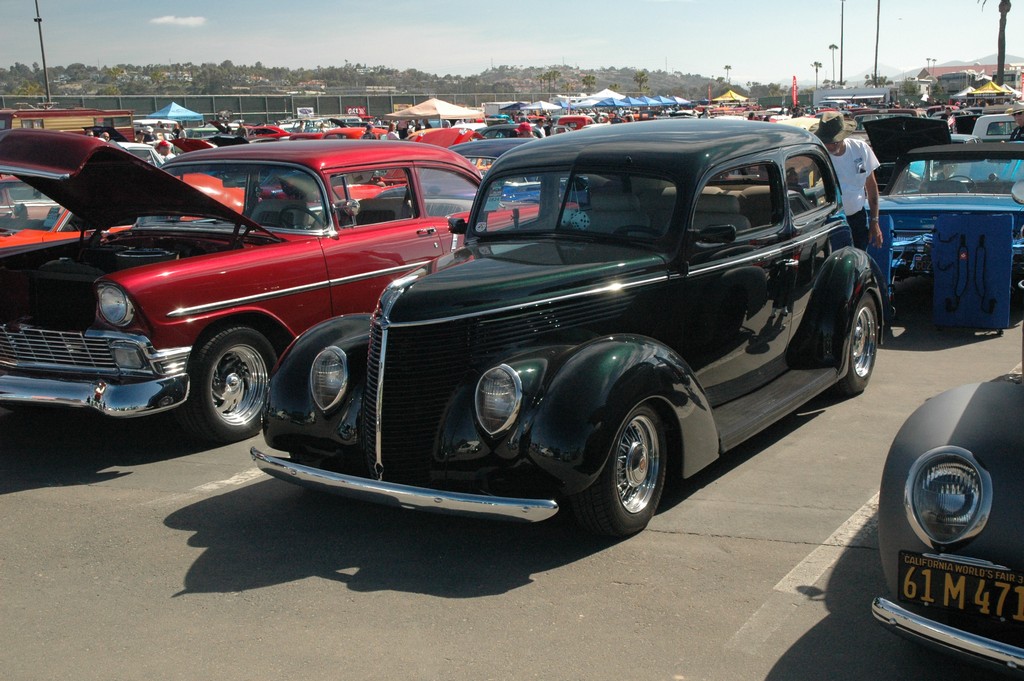 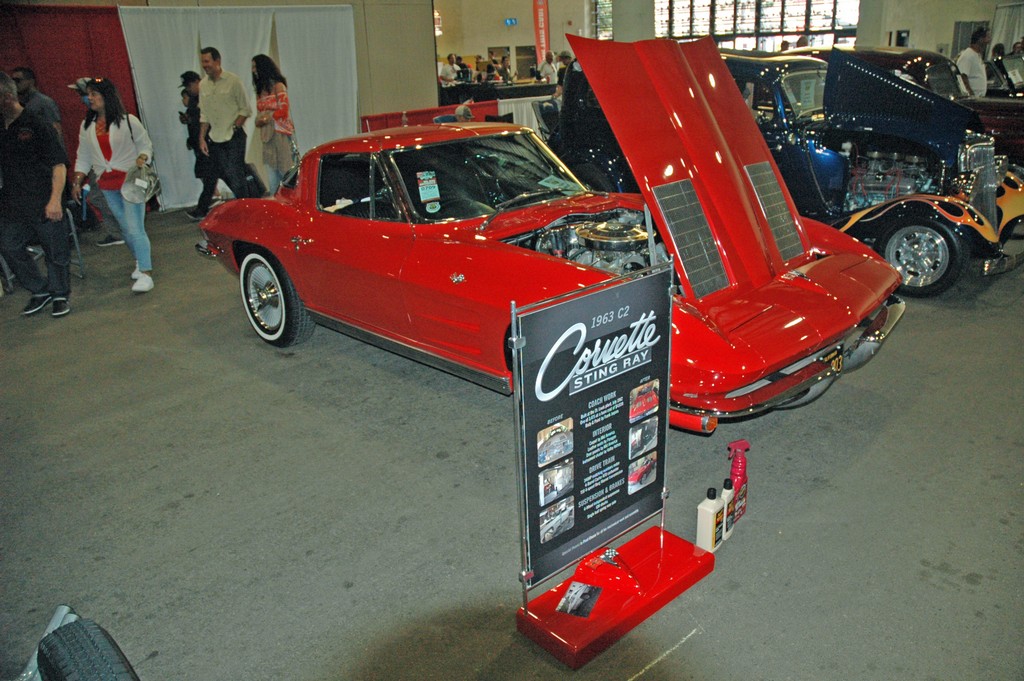 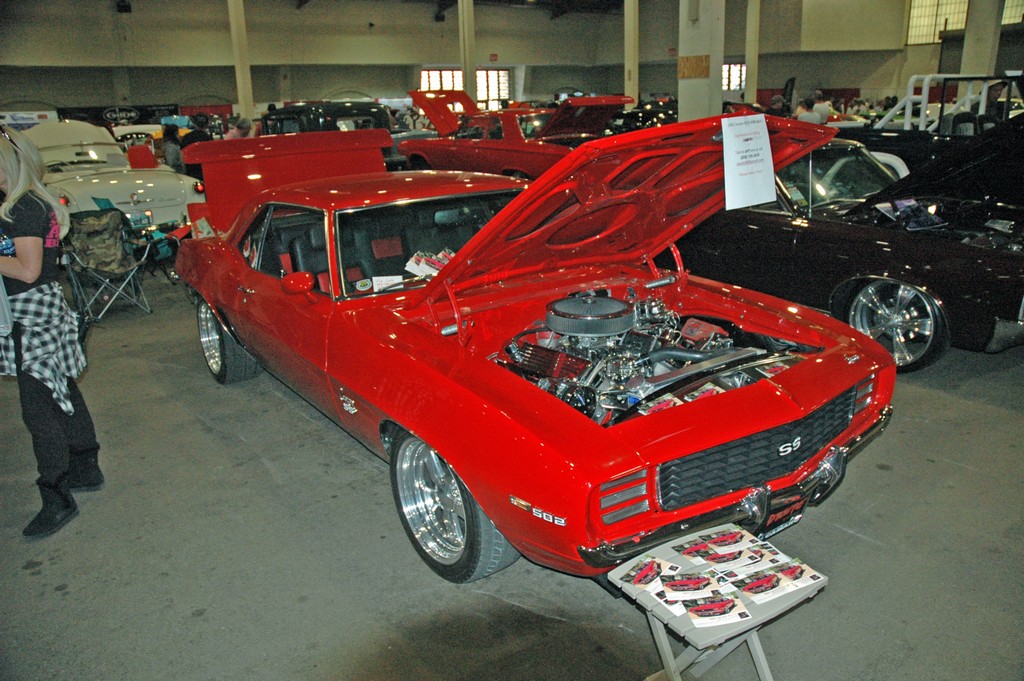 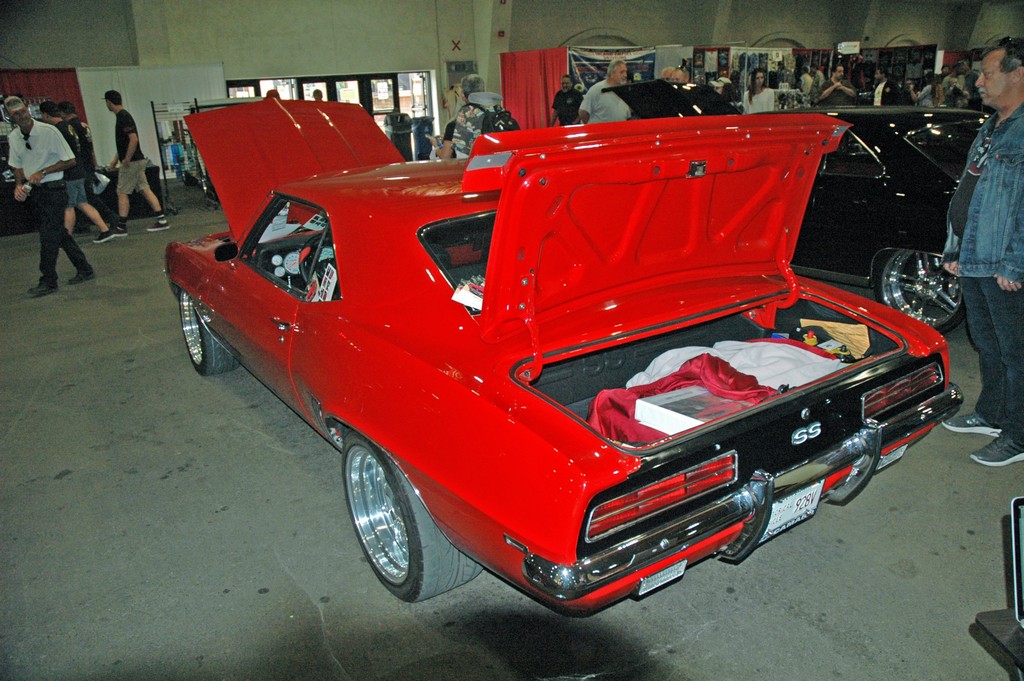 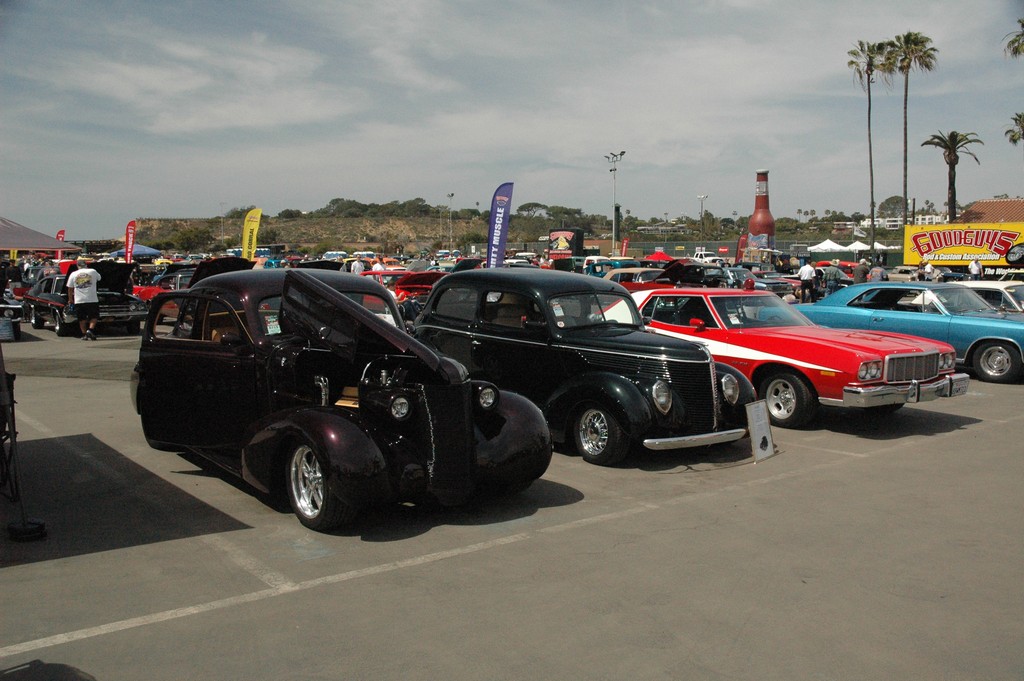 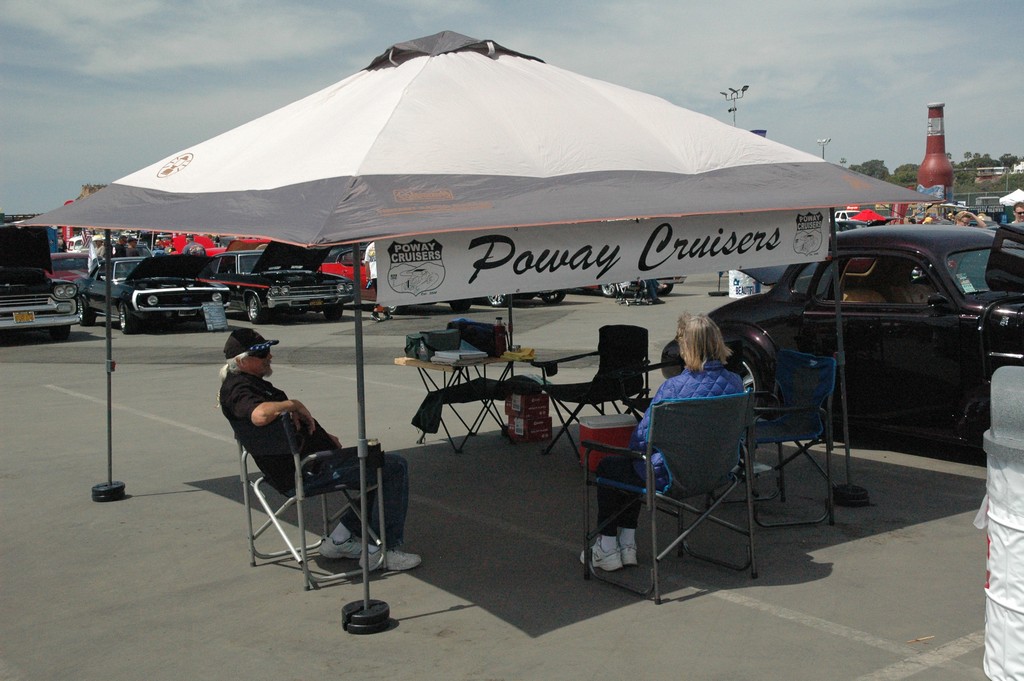 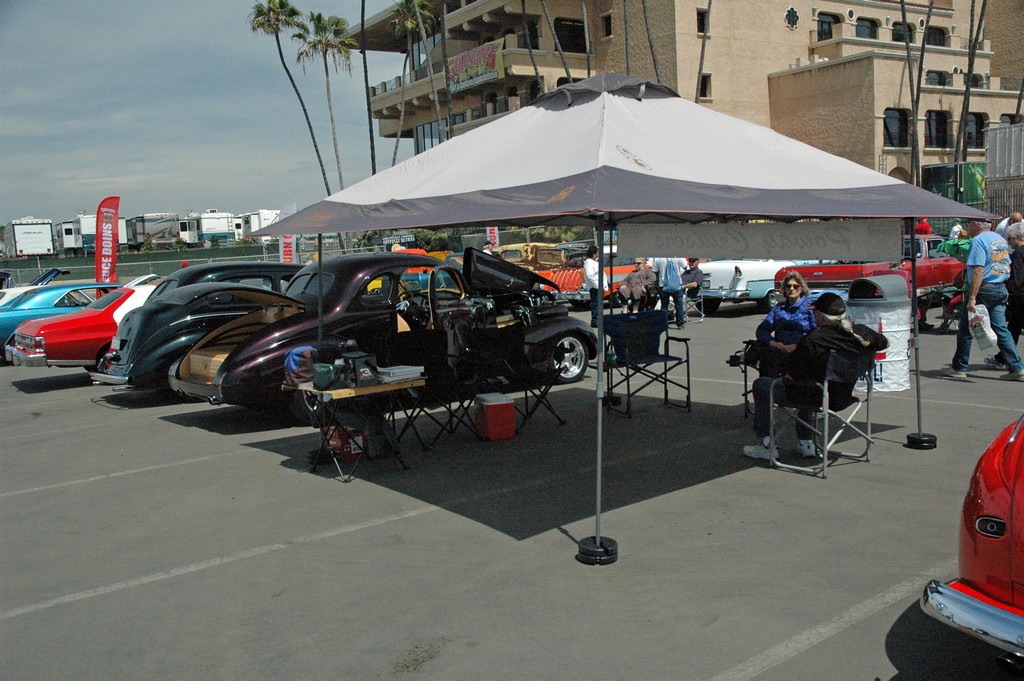 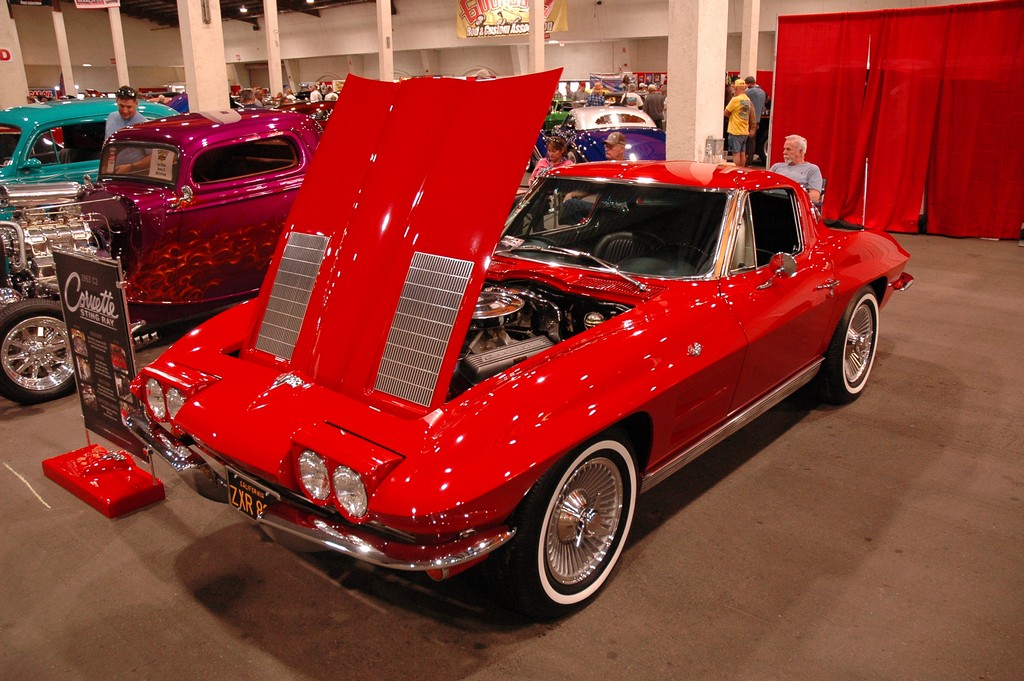