On Sunday, 4/22/18, 18 club members in 12 cars participated in the XX Heartbeat Happening at Bates Nut Farm out in Valley Center. The show is put on by the Heartbeat Classics Car Club to benefit the Veterans Association of North County. Nine (9) members caravanned to the show from the Rancho Bernardo Mercado Shopping Center, leaving for the show at 6:15 AM on a bright but cool Sunday morning. Attending the show were:

Much to our surprise, someone had gone crazy with a chainsaw and really trimmed the trees at Bates, eliminating almost all shade. Luckily, we brought plenty of portable shade. While it was a little cool when we arrived, by 10:00AM it began to warm up nicely. The Heartbeat guys and gals had arranged for the Lyons Club to host a pancake breakfast complete with pancakes of course, scrambled eggs, bacon, sausage patties, coffee and OJ. A cookout style lunch was also available, including brats, Tri-Tip, polish sausage, hamburgers, potato salad, cold slaw, BBQ chicken, and pulled pork. There was also an ice cream vender who made a killing as the day warmed up. The Bates Nut Farm Art & Craft Show was also in full swing with lots of interesting goods to peruse.

The show was over by 2:45PM, and the exodus began. By the time we packed up and rolled out our cars where at least 10 pounds heavier with all the straw dust kicked up. Oh well, that’s what they make car wash soap for.

Fun day, can’t wait to do it again. The Poway Cruisers did bring the fun. 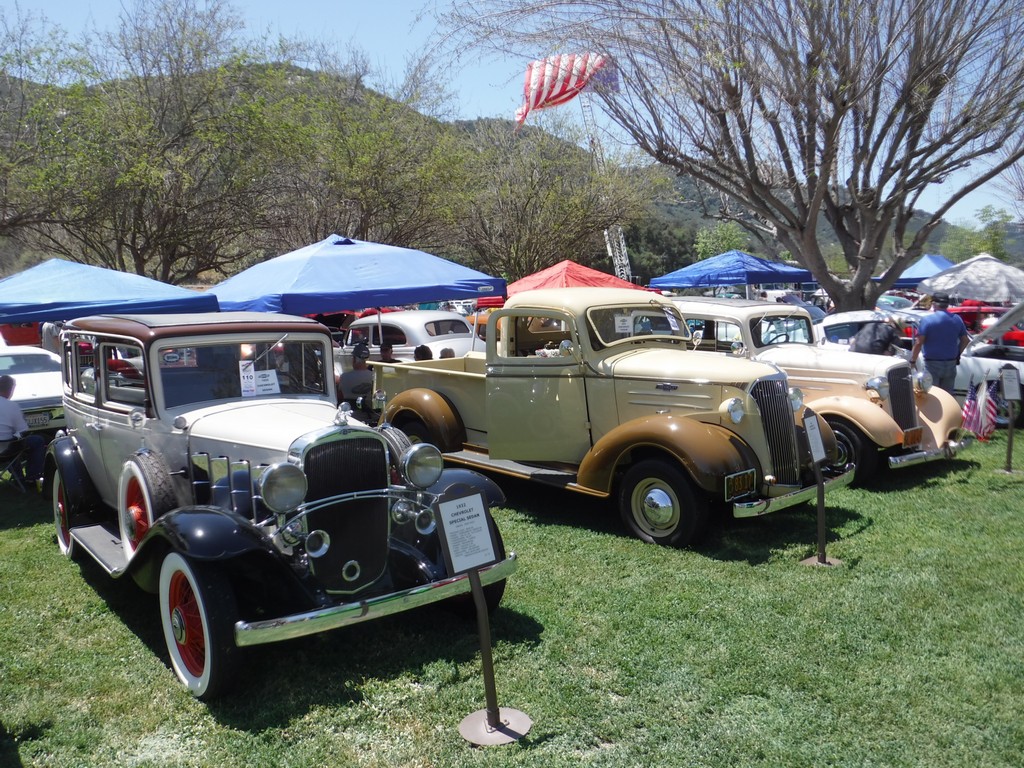 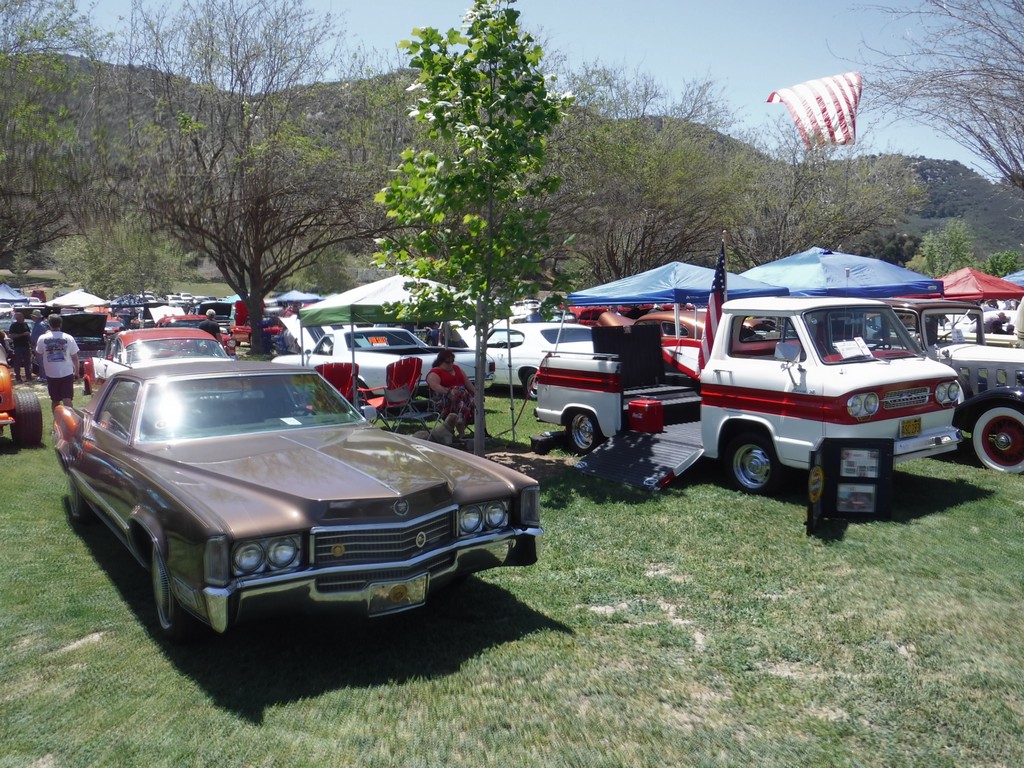 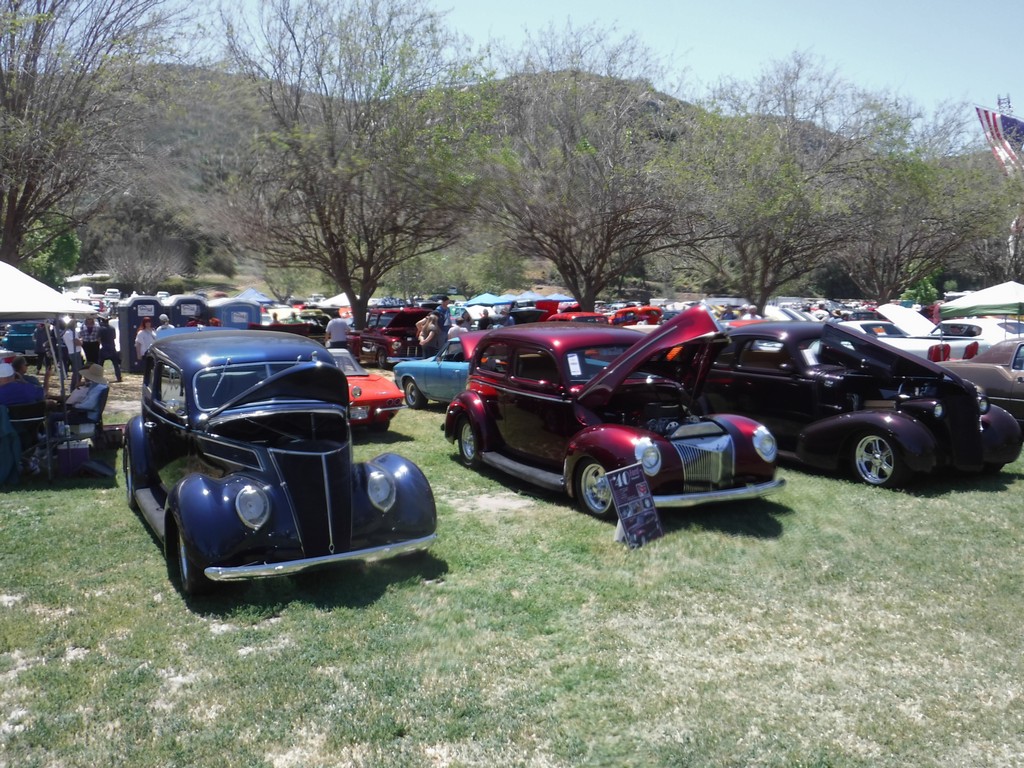 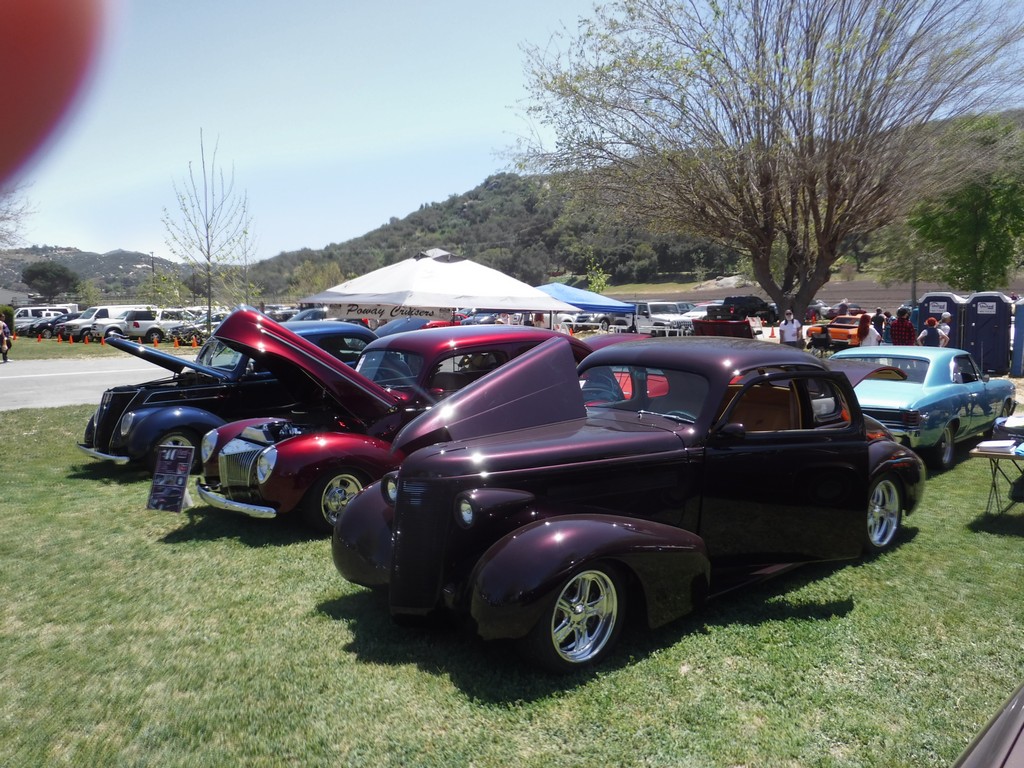 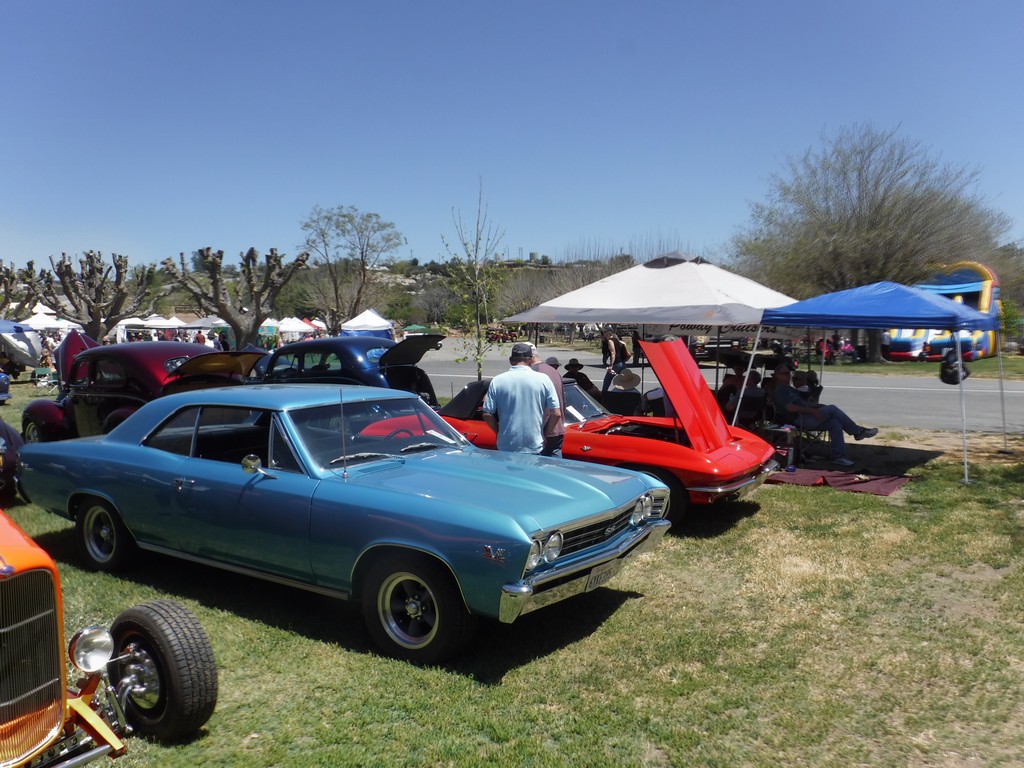 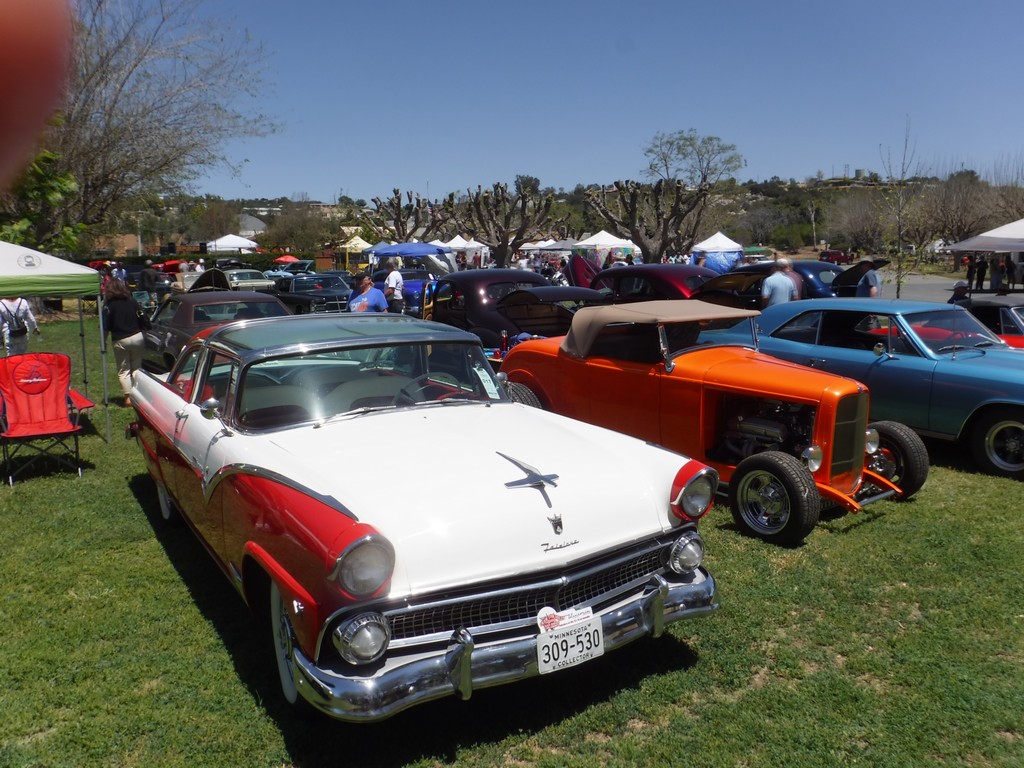 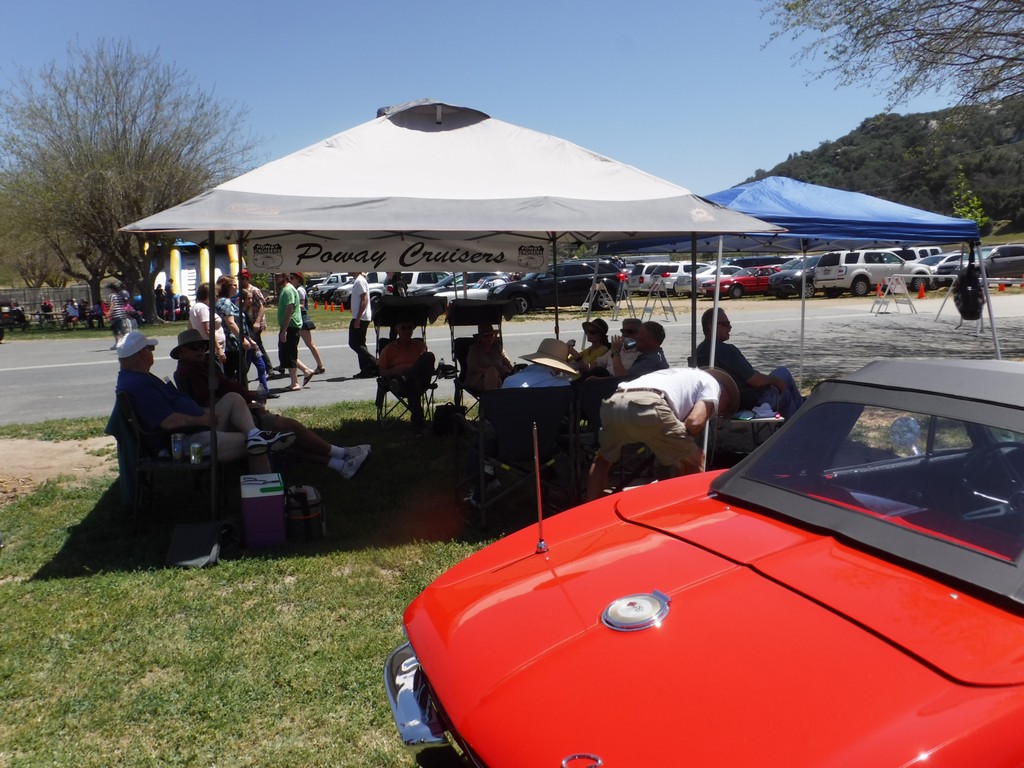 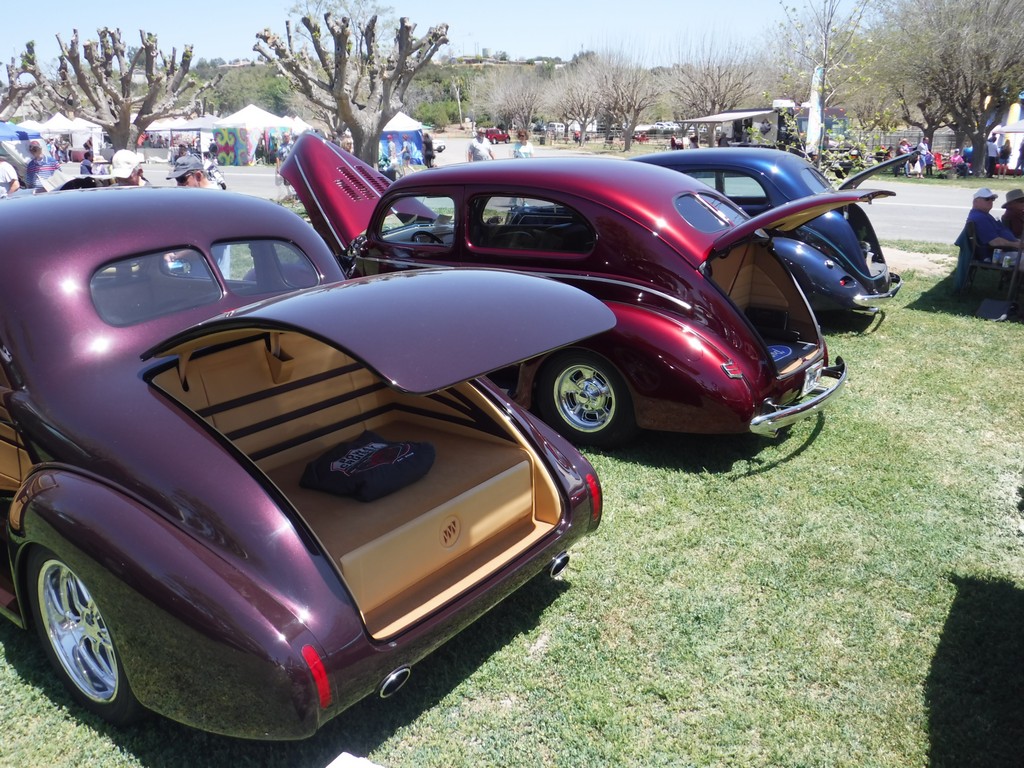 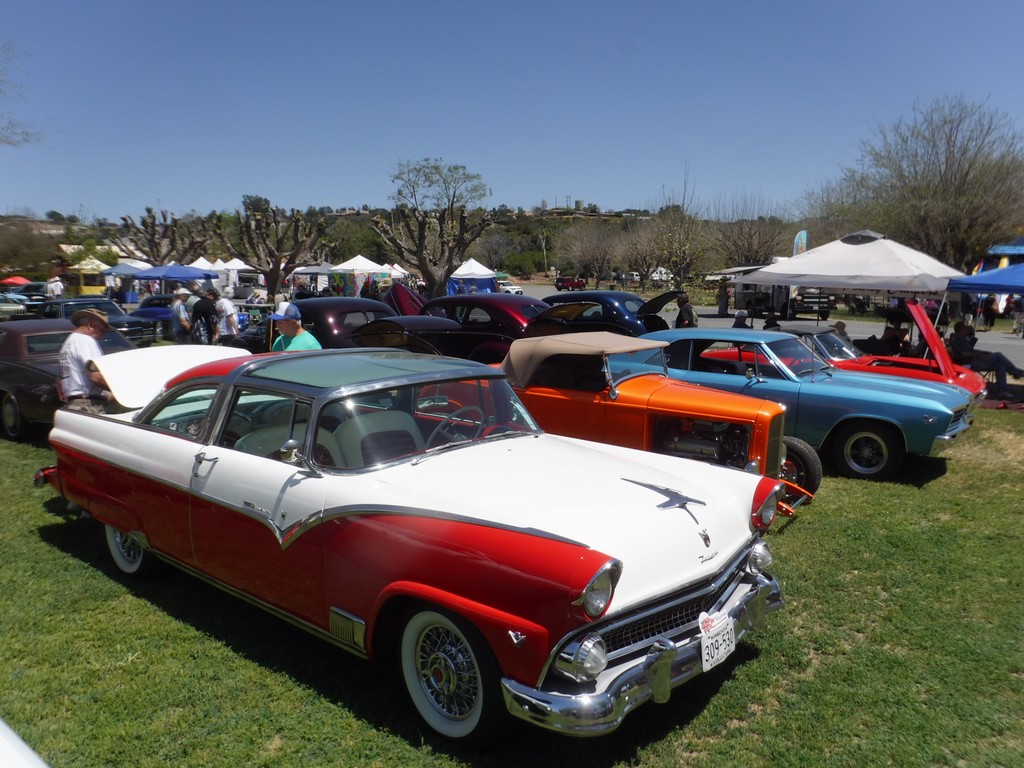 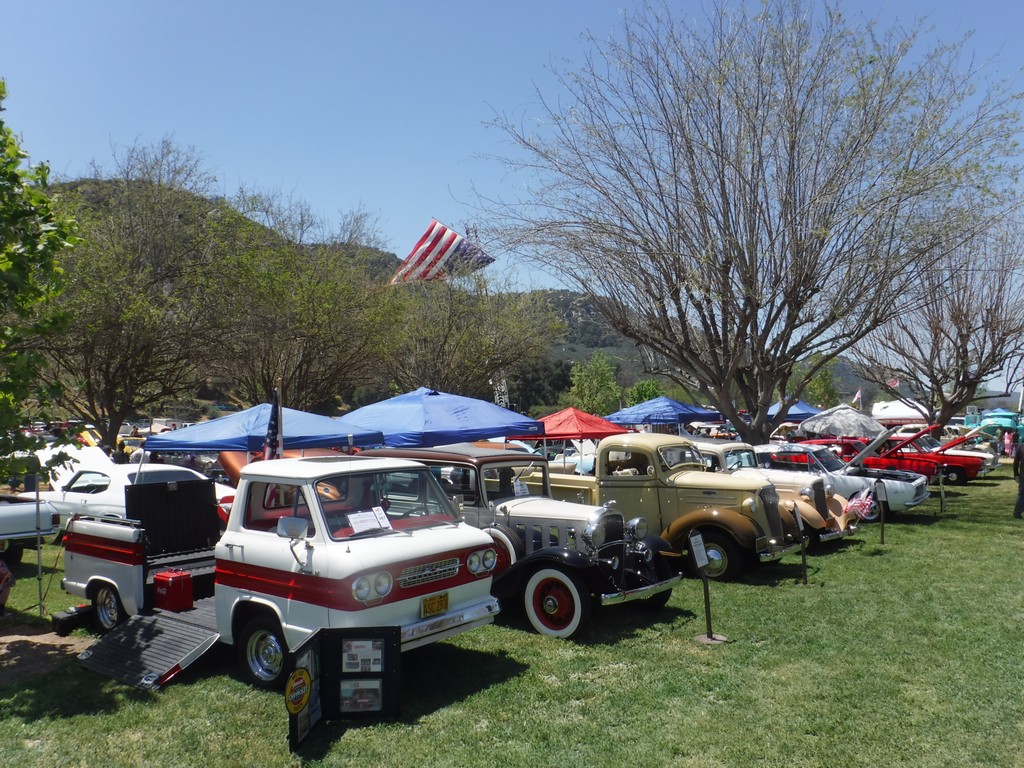 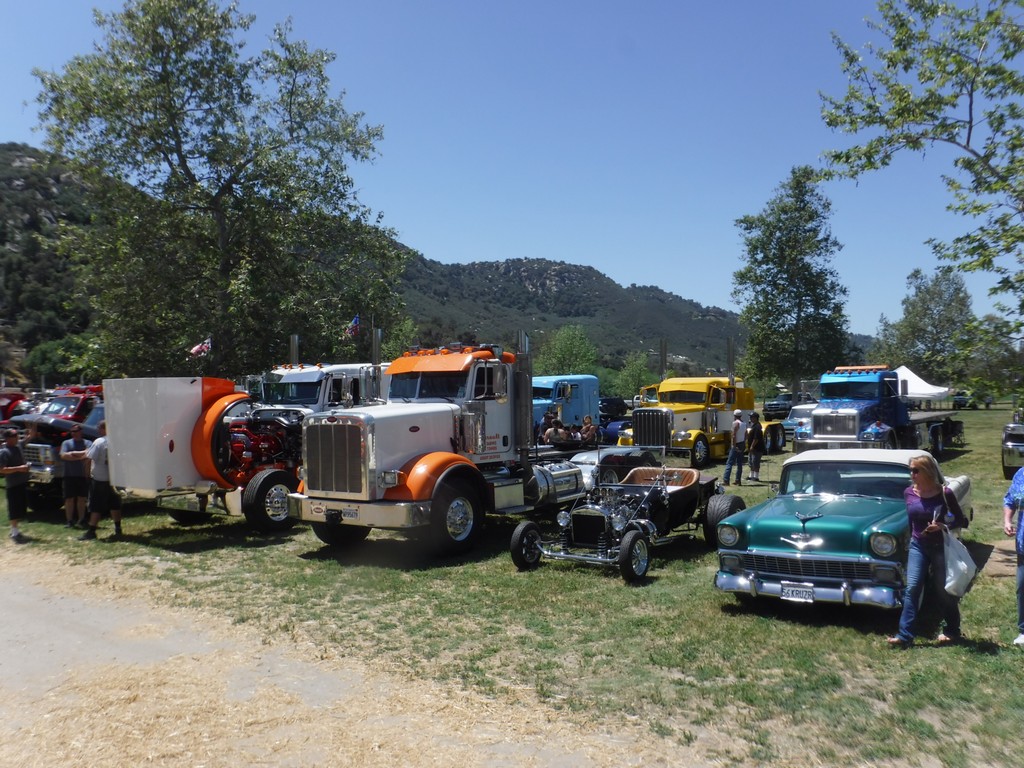 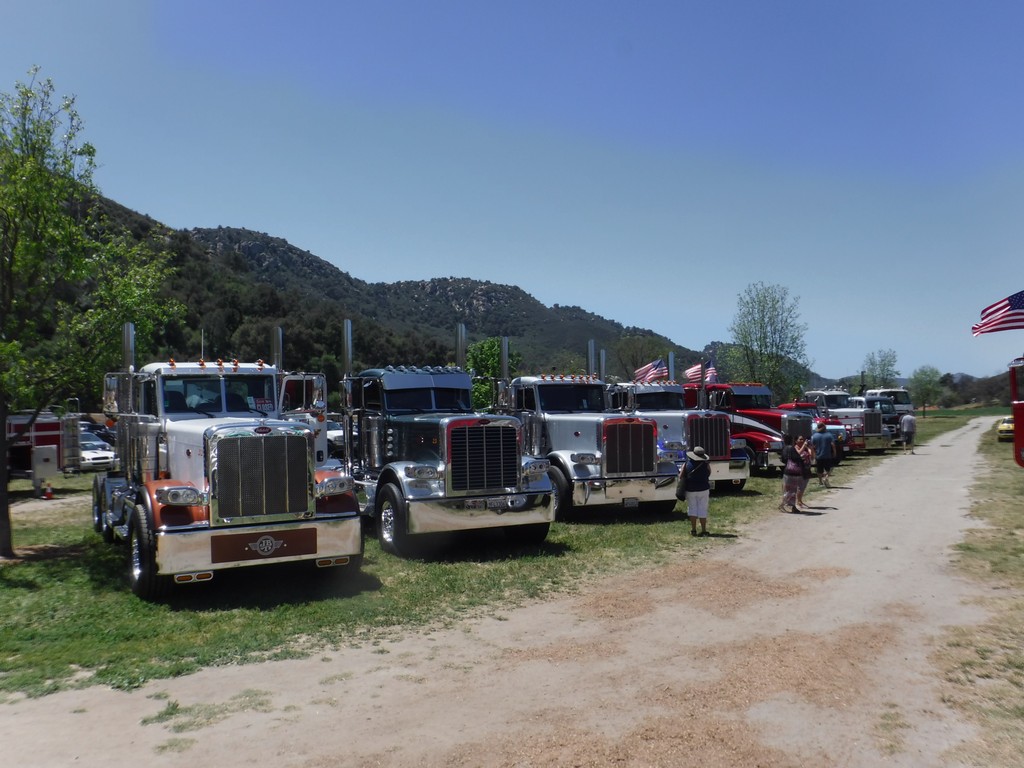 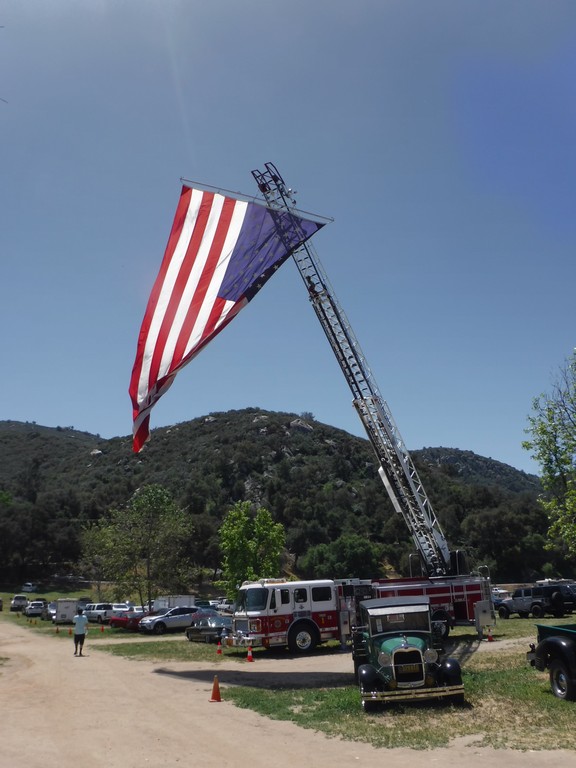 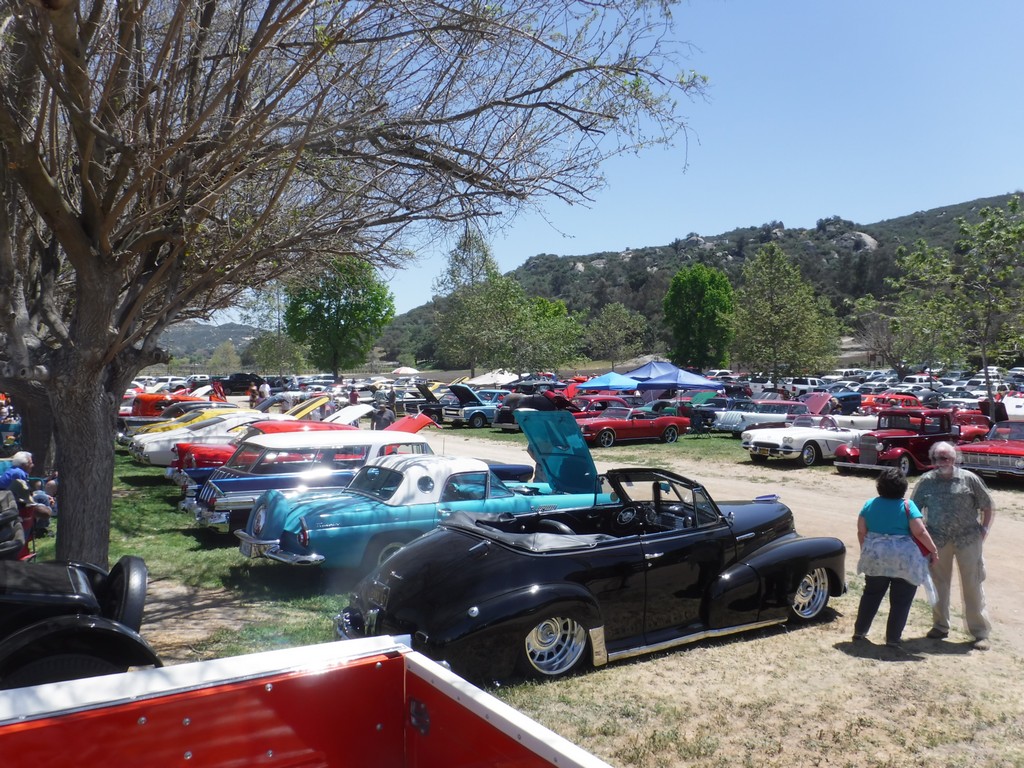 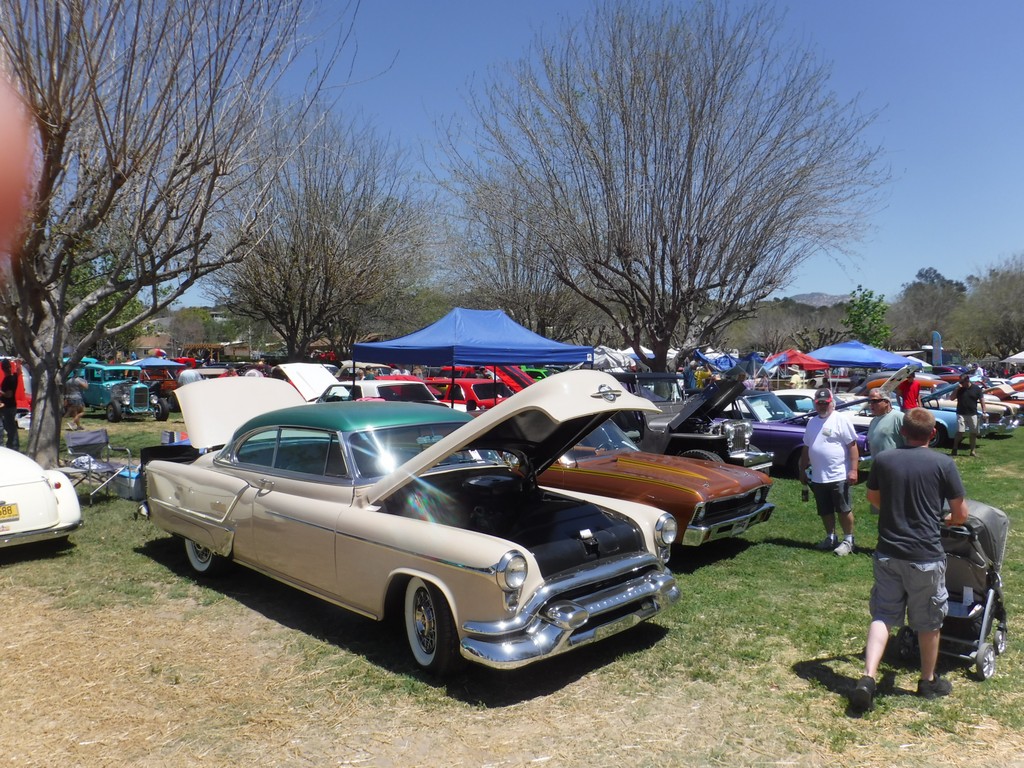 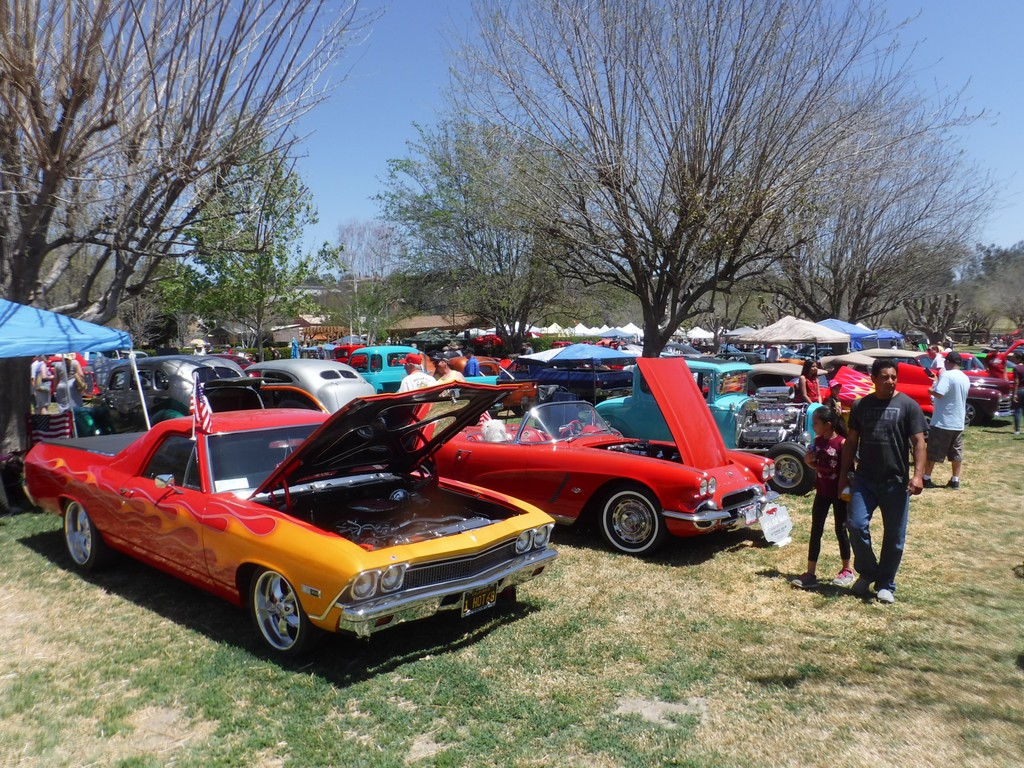 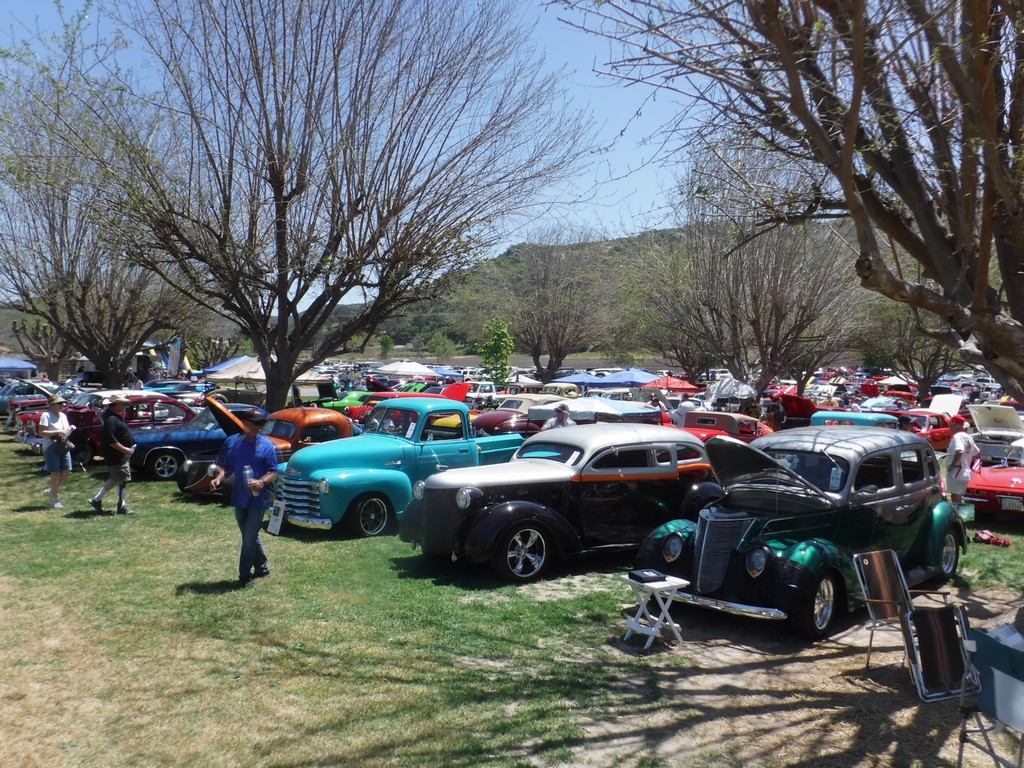 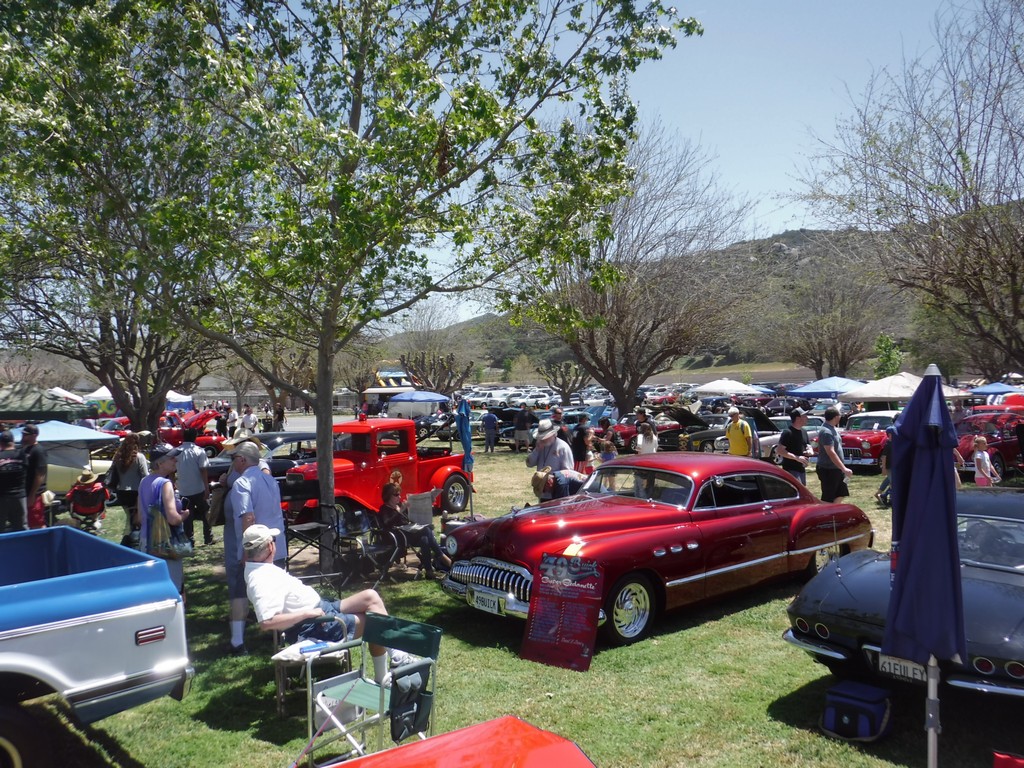 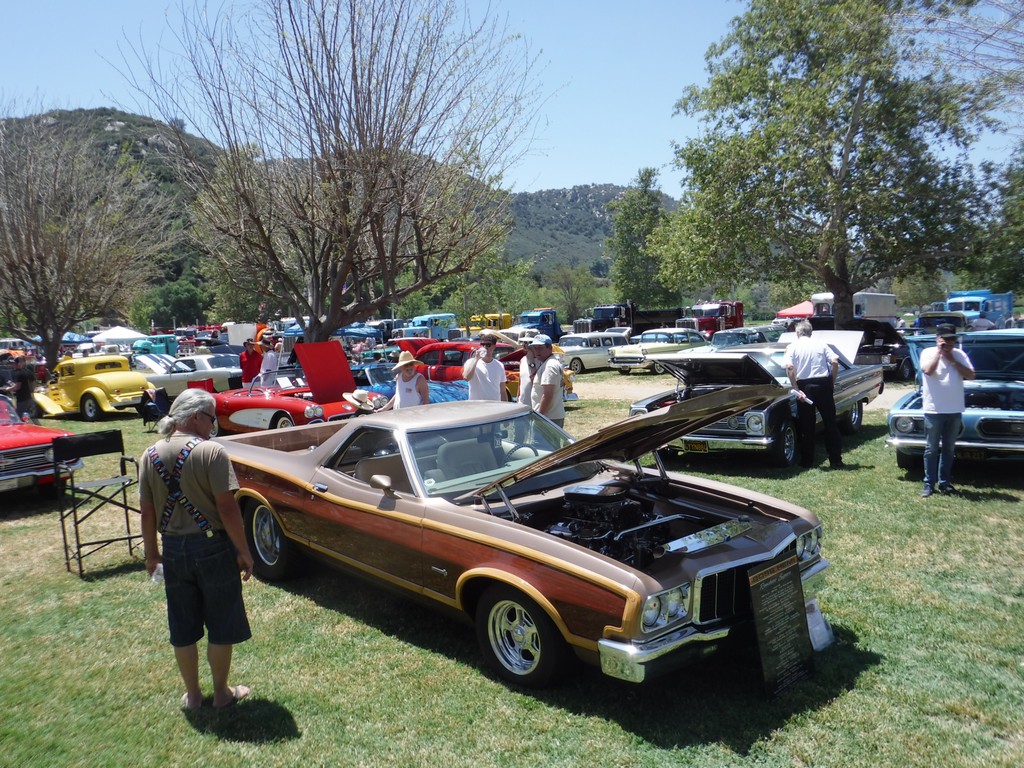